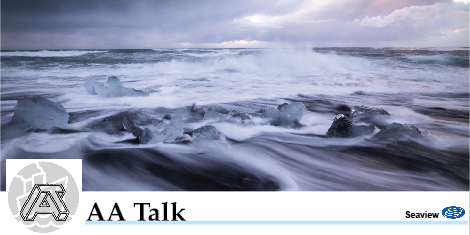 The report on a case recently handed down by the Hong Kong Admiralty Court concerning two collisions involving three ships, has prompted the Editor to refer to the notes he made on a couple of interesting triple collision cases he studied whilst preparing for the examination of the British Association of Average Adjusters in late 1970’s.  They are:

It was reported that the tanker “George Livanos” was following the tanker “Miraflores”, both being inward bound in the River Scheldt.  The other tanker “Abadesa” was outward bound.  The “Miraflores” reduced speed to avoid a small coaster.  As a result the “George Livanos” closed to about half a mile astern.  The “Miraflores” increased speed but a cross- current forced her towards mid-channel across the “Abadesa”.  Putting her engine full astern and letting her starboard anchor go, she sounded 2 of 4 short blasts of a local signal meaning: “Keep out of my way, I cannot manoeuvre.”.  The “Abadesa” put her engine full astern and let go her port anchor, but the 2 vessels collided.  The “George Livanos” grounded while manoeuvring to avoid the “Miraflores”.

It was submitted that “The liability of each vessel involved must be assessed by comparison of her fault with the fault of each of the other vessels involved individually, separately, and in no way conjunctively.”  The apportionment of fault was as follows.

It was reported that the Underwriters on the “Abadesa” agreed to pay 3/4ths of the liability of the “Abadesa” to the “George Livanos”, thereby accepting that such damage was a consequence of the collision on the facts presented.

Collision Liability Clause (previously known as the Running Down Clause)

The 3/4ths Collision Liability Clause under the Institute Time Clauses – Hulls 1/10/83 commonly incorporated in the policies of insurances on ship provides that:

8.1 The Underwriters agree to indemnify the Assured for three-fourths of any sum or sums paid by the Assured to any other person or persons by reasons of the Assured becoming legally liable by way of damages for

8.1.2 delay to or loss of use of any such other vessel or property thereon

8.1.3 general average of, salvage of, or salvage under contract of, any such other vessel or property thereon, where such payment by the Assured is in consequence of the Vessel hereby insured coming into collision with any other vessel.

8.2.1 Where the insured Vessel is in collision with another vessel and both vessels are to blame then, unless the liability of one or both vessels becomes limited by law, the indemnity under this Clause 8 shall be calculated on the principle of cross-liabilities as if the respective Owners had been compelled to pay to each other such proportion of each other’s damages as may have been properly allowed in ascertaining the balance or sum payable by or to the Assured in consequence of the collision.

8.2.2 In no case shall the Underwriters’ total liability under Clauses 8.1 and 8.2 exceed their proportionate part of three-fourths of the insured value of the Vessel hereby insured in respect of any one collision.

8.3 The Underwriters will also pay three-fourths of the legal costs incurred by the Assured or which the Assured may be compelled to pay in contesting liability or taking proceedings to limit liability, with the prior written consent of the Underwriters.

8.4 Provided always that this Clause 8 shall in no case extend to any sum which the Assured shall pay for or in respect of

8.4.1 removal or disposal of obstructions, wrecks, cargoes or any other thing whatsoever

8.4.3 the cargo or other property on, or the engagements of, the insured Vessel

8.4.5 pollution or contamination of any real or personal property or thing whatsoever (except other vessels with which the insured Vessel is in collision or property on such other vessels).

In practice, the remaining 1/4th of any sum or sums paid by the Assured within the terms of the clause is invariably covered by the vessel’s entry in a Protection and Indemnity Association (commonly called P&I Club).  Furthermore, the exclusions under the Clause 8.4 are liabilities customarily covered by the P&I Club.

It is however worth noting the construction of the following wording:

(By modifying a question suggested by Mr. D. John Wilson, a most distinguished average adjuster.)

Vessel “A” was (a) insured on Hull & Machinery, etc. for $1,000,000 so valued, subject to the Institute Time Clauses – Hulls 1/10/83 with Deductible $30,000 and (b) entered on full conditions with an P&I Club.  She was entering port when she collided in dense fog with the outward bound vessel “B”.  Both vessels sustained damages.  Vessel “A” veered off “B” and struck and sank the barge “X” and the buoy moored thereto, and finally grounded causing damage to a submarine cable.

The liability for the collision and resulting damages was eventually determined on the basis of vessel “A” being 75% to blame and vessel “B” 25%, the damages amounting to a total of $1,200,000 being agreed as follows: 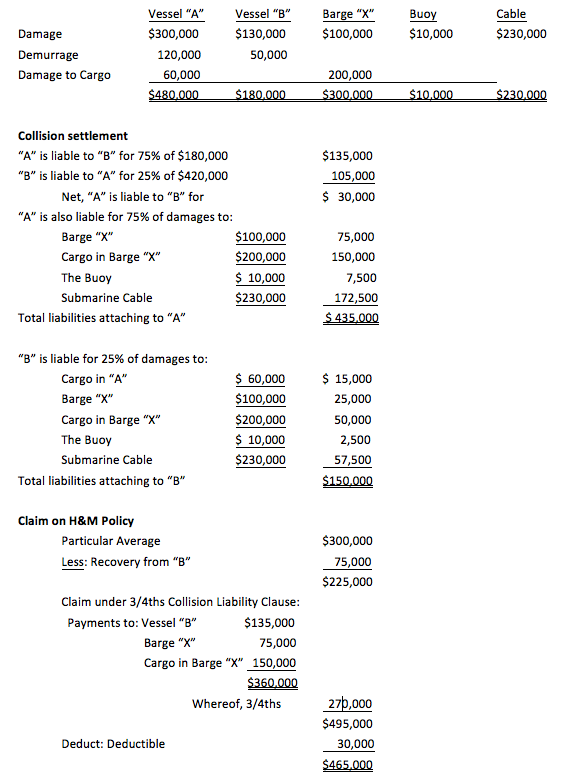 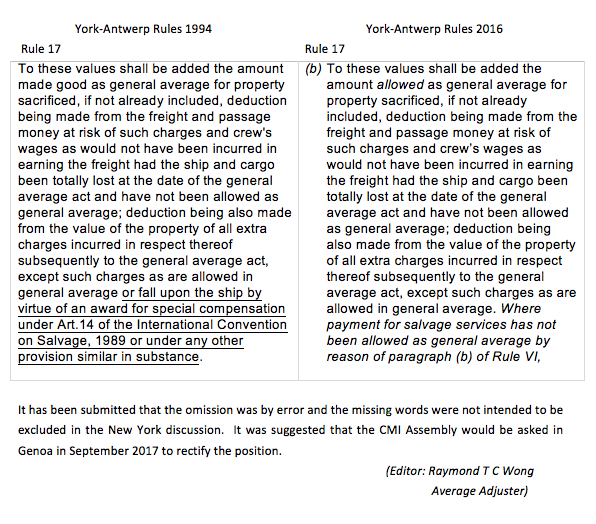 This is the second series of workshops with a theme of “Interdisciplinary Maritime Practice” (IMP), which is jointly organized by The Hong Kong Logistics Management Staff Association (HKLMSA), C.Y. Tung International Centre for Maritime Studies, PolyU (ICMS) and the Hong Kong Seamen Union (HKSU). It employs the same methodology and format like the IMP Workshop Series I of 2014, which was conceived to cover the entire lifespan of a ship, from the decision to purchase to its final loss or scrapping, and to provide a platform for eminent professionals from the Hong Kong Maritime Industry to share their expertise and valuable experience with fellow professionals, young entrants in particular, in the shipping fraternity of the Greater China Region, in interactive sessions of Q&A discussions.

The Twelfth and Last Session of the IMP Workshop Series II is on Ship Management and Operations which will be a brief summary of the essence of the previous eleven sessions as below:

An introduction will be presented on the scope and responsibilities of Ship Management & Operations. Case studies will be used to illustrate how the expertise and experience presented during the past sessions by the moderators and participants are applied in an interdisciplinary manner for the topic in practice.

The Moderator for this 12h Session will be Mr. Wong Cho Hor of Five Oceans Maritime, with other members of the Panel of Moderators and Advisors in attendance.

All members, non-members and guests are cordially invited to attend the Twelfth Workshop.

Parties who are interested can contact Miss Catherine Chow at Tel: 2771-6180 or info@hklmsa.org.hk for details, or by using this link for registration.

*Sandwiches will be served during the break at about 8.30pm to participants, and iced drinks subject to availability and arrangement. Hence it would be appreciated if confirmation for attendance can be made as far as possible to facilitate the catering.

The Panel of Moderators is: