2. Purpose:
To guide students preparing for the ICS Professional Qualifying Examination through tutorials and group discussions.
To offer a platform for those interested parties to enhance their shipping knowledge.

Tutor(s): Subject to change
Reserve the rights to cancel class if enrollment is less than 15 students

4. Fees: Non-Refundable Administration Fee – HK$100 each person for each session.
Fees will be refunded only if the class is cancelled by us.
Free of charge for full time students but cheque deposit of HK$100 is required which will be returned
only to those students attending the class

Please note that seats are limited (around 40) and offered on a first-come-first served basis.
For our record, please send us a scanned copy of your enrollment form and cheque (if applicable) to examination@ics.org.hk . 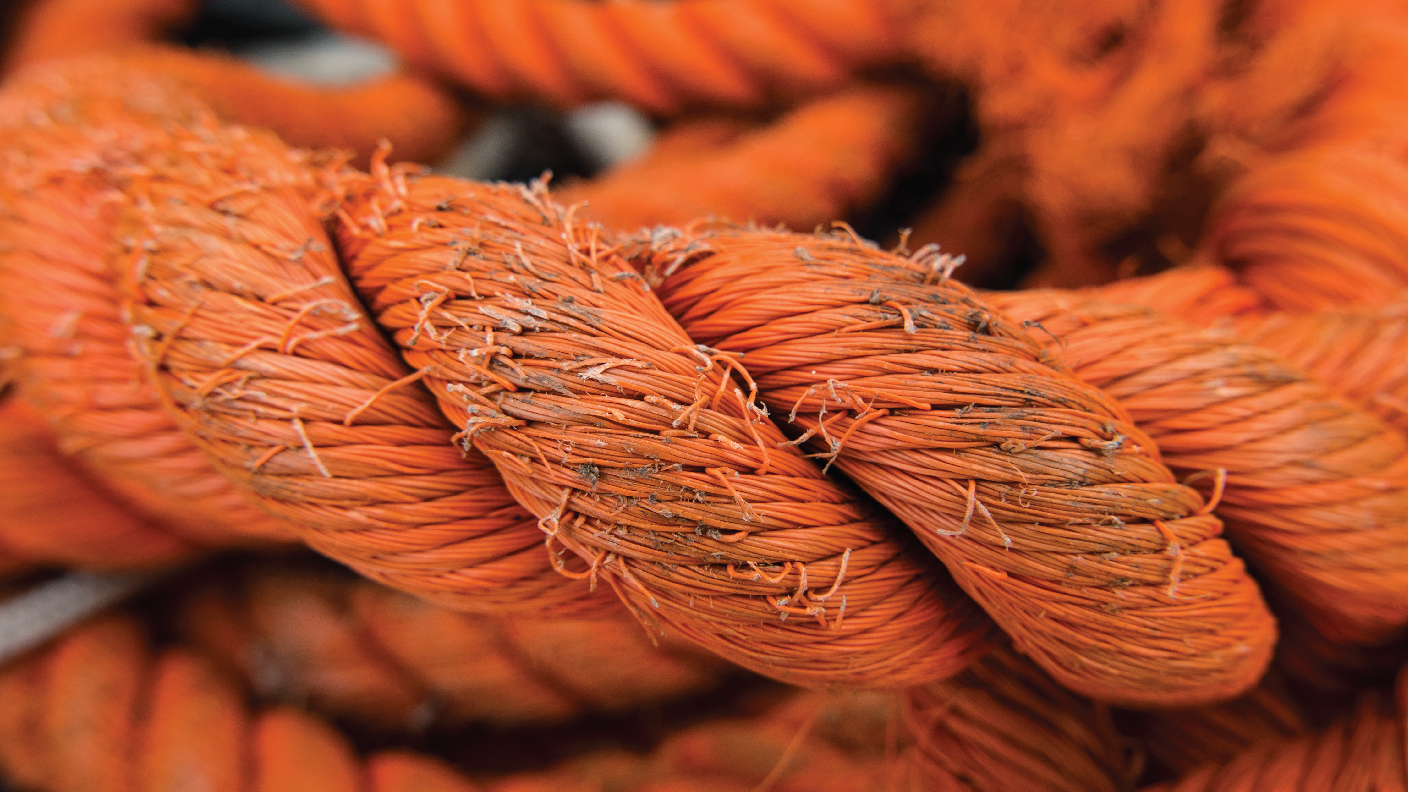 In adjusting general averages, to make allowances for sacrifice or expenditures incurred for the common safety, one would have to consider if the vessel and her cargo were in peril in the circumstances following an accident.

Rule A of the York-Antwerp Rules, an internationally accepted code of rules for the adjustment of general average, defines a general average act as follows:

“There is a general average act when, and only when, any extraordinary sacrifice or expenditure is intentionally and reasonably made or incurred for the common safety for the purpose of preserving from peril the property involved in a common maritime adventure.”

The starting point for any discussion as to whether a vessel was in peril is the summary of the legal position given in the leading case of Vlassopoulos v. British & Foreign Marine Insurance Co. (1929), which the Editor quotes below:

“It is not necessary that the ship should be actually in the grip or even nearly in the grip of the disaster that may arise from a danger. It would be a very bad thing if shipmasters had to wait until that state of things arose in order to justify them doing an act which would be a general average act.

That is all, I think which need be said with regard to that matter, unless I add this: that “peril” which means the same thing as “danger” is the word used in the general rule (A)  ( of the York / Antwerp Rules 1924 )  just as it is the word used in the Marine Insurance Act, Sect. 66.  The word is not “Immediate peril or danger.”  It is sufficient to say that the ship must be in danger, or that the act must be done in order to preserve her from peril.  It means, of course, that the peril must be real and not imaginary.  It means that it must be substantial and not merely slight or nugatory.  It must be a danger.  This is a matter of fact.”

The Judge made four points:

It is believed that the test as stated above has been adopted in all cases since 1929 on the question of peril.

Where vessel aground – in peril or not

The editor, when he was a trainee adjuster, was advised by an experienced technical consultant of a general proposition that:- “It is my contention that any ocean going vessel, particularly one with cargo on board, which goes aground in a position where she is not meant to go aground may be considered to be in a position of peril”.  Although it seems to be likely true very much more often than not, the editor suggests that each case be treated on its own merits.

There are indeed decided cases on the question of peril whilst aground, including the Rodney (1904), Charter Shipping v. Bowring Jones (1930) and Daniolos v. Bunge (1937), where some guidance can be adduced.

An average adjuster studies the circumstances of each case in conjunction with his technical consultant to help him/her be satisfied if the vessel aground with cargo on board is in a position of peril or not.  It is suggested that the following questions be raised and considered:

Where vessel hijacked by pirates

The editor quotes below for readers’ interest adjusters’ notes extracted from 2 adjustments he has studied respectively, the contents of which are self-explanatory:

Case A – Vessel with cargo of phosphoric acid was hijacked by pirates off Somalia.

“The ship and cargo were in peril as a consequence of being taken over by pirates, and costs incurred to secure their release were for the common safety and give rise to a General Average claim in terms of Rule A of York-Antwerp Rules 1994.”

Case B – Vessel with a cargo of “seized coal” was seized by pirates off the coast of Somalia.

“The circumstances of this case are fortunately relatively unusual.  We believe that whilst the ship and cargo were under the control of the pirates they were in a position of common peril.  The immediate threat was to the safety of the crew but there were also threats to “break” the ship.  In the circumstances these are considered to be a real threat.  By threatening the crew, the operation of the ship was compromised and safety of ship and cargo was imperiled.  It may be that the peril was not immediate but we consider that the ship and cargo were in the grip of real peril.

Furthermore there was an additional element to the peril in that during this period the cargo of coal began to heat and give off methane gas.  The reason for this was the voyage was longer than anticipated but more particularly the vessel was moored in the lee of the coast with ambient temperatures being much hotter than would have been experienced to the vessel that was proceeding normally on its voyage.  It was very difficult to ventilate the cargo to reduce the temperature.  We have not investigated this aspect but it is possible there was threat of extraordinary heating / fire and / or explosion white the vessel was under the control of the pirates affected ship and cargo.

The General Average act involved in this case was that of paying a ransom to the pirates in order to get the crew, ship and cargo released together with the ancillary costs involved.  The allowance falls under York-Antwerp Rule A of the 1994 York-Antwerp Rules.  This reads “there is a General Average Act when, and only when any extraordinary sacrifice or expenditure is intentionally and reasonably made or incurred for the common safety for the purpose of preserving from peril the property involved in a common maritime adventure”.  The payment of the ransom was intentionally and voluntarily paid and we consider it is recoverable under the wording of Rule A and any consequential and ancillary payments under Rules A and C of York-Antwerp Rules.”

The editor would suggest that it is advisable for the adjuster to enlarge his explanation as the adjuster did in Case B.

The series of workshops with a theme of “Inter-disciplinary Maritime Practice” (IMP) was the brainchild of three institutions in Hong Kong, namely, The Institute of Sea Transport (IST), The Hong Kong Logistics Management Staff Association (HKLMSA) and The C.Y. Tung International Centre for Maritime Studies, PolyU (ICMS) with a view to providing a platform for some movers and shakers from the Hong Kong Maritime Industry to unreservedly share their views and valuable experiences with those whose careers and professions are in the shipping fraternity of Greater China Region.  The IMP Program was structured to cover the entire life-span of a ship, from the decision to purchase to its final loss or scrapping.  The mode of workshops was based upon a case-study format, with guest-speakers being invited to share their view and valuable experience, be it good or bitter, in specific issues. It was intended to be a very proactive educational workshop.  We are pleased to report that IMP managed to have successfully delivered 12 workshops for the period 9th January 2014/3rd December 2015, with following topics:

The feedback from the attendees being encouragingly positive, the IMP Workshop Organizing Committee derives great satisfaction in seeing how the IMP Workshop Series has contributed to the shipping fraternity of the Greater China Region and is in the process of considering the feasibility of repeating the project during the course of 2016.

“In no case shall any sum be allowed under this insurance either by way or remuneration of the Assured for time and trouble taken to obtain and supply information or documents or in respect of the commission or charges of any manager, agent, managing or agency company or the like, appointed by or on behalf of the Assured to perform such services.”

An Underwriter has recently challenged the allowance in an adjustment for (repair) port agents’ fees on the grounds that these were excluded by the Clause.

We are surprised to see an underwriters’ attitude some 32 years after the introduction of the Clause, the wording of which was recognized as being not ideal.  Briefly, for background information, it had been established practice that Owners of a ship was not entitled to claim on policies of insurance on ship any remuneration for his own time and trouble in processing the claim.  However, during the late 1970’s and early 1980’s, the amount of agency fees charged by agency or management company set up by the shipowner which finances itself thereon, had become unreasonably high, prompting the Underwriters in the leading insurance market, London to introduce the above-mentioned Clause 17 when the ITC were revised.  From the memory of the editor, similar problem as raised by the reader arose in the London market but after discussions, Underwriters agreed that port agents remuneration could be allowed provided a suitable note was inserted in the adjustment explaining the nature of the charge.  Accordingly, to avoid confusion and as recommended by Underwriters, the following Adjuster’s Note, or something similar, was made under the agency charges included in a port agent’s general account covering expenses incurred in respect of the vessel at the repair port:

The fees charged in the above account represent charges of port agents for handling operations connected with the vessel at the port.  Allowance therefor is not excluded by the terms of Clause 17 of the Institute Time Clauses – Hulls 1/10/83.”

After this had become a well known practice and recognition, the above adjusters’ note had become unnecessary since early 1990’s.  Reference can be made to the authoritative commentary made about the Clause in the text books like “The Institute Clauses” wherein Messrs. N. Geoffrey Hudson and J. C. Allen write, “… it should be mentioned that this clause does not exclude the fees and charges of an agent at a port of call, which can still be recoverable under certain circumstances with the other port charges as part of the cost of repairs.”